The Strictly Curse - Seann and Katya 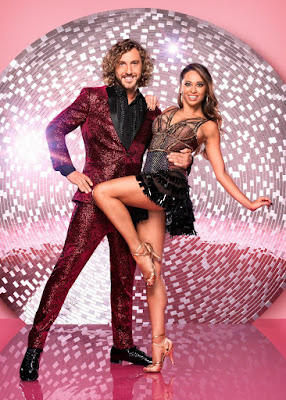 When a newspaper exposed the video of Seann Walsh kissing Katya Jones, the Strictly Curse reached a whole new level.  Amid all the fuss about Seann and Katya's kiss/snog/affair, and setting aside the moral implications, it has to be said that these two have great chemistry. Although at first glance Sagittarius (Seann) and Taurus (Katya) may seem like a mismatch - and it is - delve deeper into their charts and it's obvious that there are powerful connections. The most common aspect between their planets is the opposition. In relationship charts this symbolises either a strong attraction - especially when the Sun, Moon or Ascendant is involved - or an equally strong rejection. It's often both, beginning with an irresistible attraction which becomes the complete opposite over time, resulting in an acrimonious separation.


Katya's natal Sun is in a conjunction to Seann's natal Lilith, bringing untamed feelings of obsession, and intense interactions. Seann will have been magnetically attracted to Katya, and probably couldn't get her out of his mind. This aspect shows an amazing amount of sexual chemistry between them which is also highly addictive. With an incredibly strong attraction to one another, it would be difficult to keep them apart, so throwing them together for up to 12 hours a day would have been an impossible situation to resist.

Both Seann and Katya have their Suns in a quincunx aspect to the other's Mars. This planetary influence shows passion but with undertones of resentment. Romantically, this aspect would make their time together seem exhausting because their energy levels and enthusiasm are so out of synch that, in the end, it would be easier to do things by themselves and not as a partnership. Fortunately for them, they were forced to combine their energy into dance routines instead. 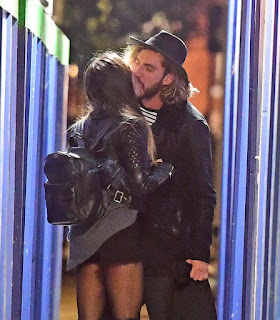 Both Seann and Katya have Leo Moons and this shows emotional compatibility. Both of them will love to feel very special and important. Proud and egotistical, they would both hate to be ignored or put in the background. They need personal recognition, appreciation, and respect. Seann and Katya don’t want to acknowledge any weaknesses. Unfortunately, that's exactly what they had to do.....There's no doubt that these two admire each other enormously but their egos are probably too big to sustain a personal relationship outside the confines of the Strictly bubble.

In their natal Composite Chart the Sun is in an opposition aspect to Venus. This shows that Seann and Katya were destined to be together to create beauty through artistic expression. This planetary combination symbolises 'the beautiful couple' and there's no doubt they were..... on the dancefloor at least.

With the composite Sun in an opposition to Mars, Seann and Katya will have challenged each other’s strength in some way and possibly ended up battling for a position of dominance. Ego conflicts are common with this aspect and their partnership will have tended to be stressful and volatile at times, especially because of the pressure to compete and perform. 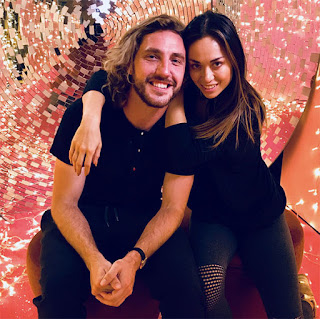 Composite Venus conjunct Mars in Seann and Katya's chart indicates a passionate attraction to one another which is very strong, although it could turn into acrimony if things don’t work out between them. Frequent heated moments and feisty reactions would have kept them interested in one another during their time on Strictly.  It's unlikely the two of them will ever be just friends but because of Katya's marital status and professional commitments, it's also unlikely that any meaningful personal relationship will ever be possible. But who knows what the future will bring. No matter what anyone says, their feelings for each other were intense and genuine.

Progressing Seann and Katya's Composite Chart to 2018 brought some interesting information. The Sun is conjunct the North Node on a World Point and this shows that these two would gain extra fame from being on Strictly, standing out from the crowd and being noticed more by the public.

Venus in a square aspect to Neptune in Seann and Katya's Progressed Composite indicates that their relationship began with a lot of hope and shared fantasies, but after a while when reality set in, one or both of them would have felt tremendous pressure to defend their reputation from criticism and disapproval. Although they intuitively understand one another, they failed to define their connection and lost sight of the boundaries which resulted in heartache for all those involved.

With Saturn in an opposition to Chiron in the Progressed Composite, there was bound to be a major change in, or ending of, a significant relationship. It looks like Katya's marriage - and professional status on  has survived, but in love, Seann is the real loser. 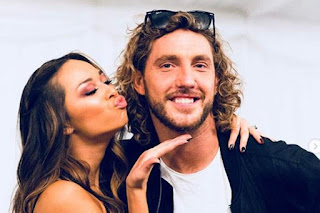 The Strictly 2018 horoscope was the trigger for all the controversy involving Seann and Katya as the chart for this year's series made a huge impact on their Progressed Composite chart. The Strictly Sun and Mercury are in direct opposition to the Progressed Composite Sun and North Node. This indicates a clash of some kind, almost as if Seann and Katya were destined to become 'the enemy' of the show itself and a threat to its popularity.

With the Strictly Chiron in conjunction to the Sun and the North Node in the Progressed Composite chart of Seann and Katya, it was clear that they would somehow be taught a lesson by Strictly 2018. This planetary influence brings feelings of alienation and a sense of being 'put in your place' which they were.

However, I think the show itself should have learned a valuable lesson from the Seann and Katya situation too. For 14 years, Strictly Come Dancing has condoned the affairs between it's pro-dancers and their celebrity partners. It has turned a blind eye to all the secret liaisons and even promoted the Strictly Curse to increase popularity. In Strictly Come Dancing 2018 it backfired and cast a very dark shadow over all the glitter and glamour. Maybe from now on the bosses at Strictly will take the Curse more seriously..... 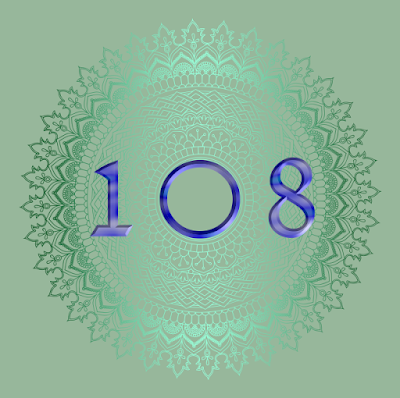